In my review of the Phoenix Project, I mentioned that the organizational change that Parts Unlimited experienced seemed magical. Many of my own attempts to lead organization-wide change had not been successful. I had encountered resistance throughout the organization. I found success couldn’t be achieved overnight. It was always frustrating to find the obviously better solution get shot down time and time again.

Reflecting back, I didn’t always grasp what the source of the resistance was, why obvious wins and good ideas were being ignored in favor of the status quo. Over time, I began to learn what was causing the resistance. There was an invisible force at work.

Since coming to this realization, I have been obsessed with learning about organizational culture and how to influence it. In doing so, I have developed a model by which I use to understand culture.

What is organizational culture?

There are a number of definitions for organizational culture in existence. To get a sense for the diversity of viewpoints, I recommend this HBR article. For now, let me offer up a simple model that I’ve found useful for understanding organizational culture (from here on out, I will refer to it as just culture). 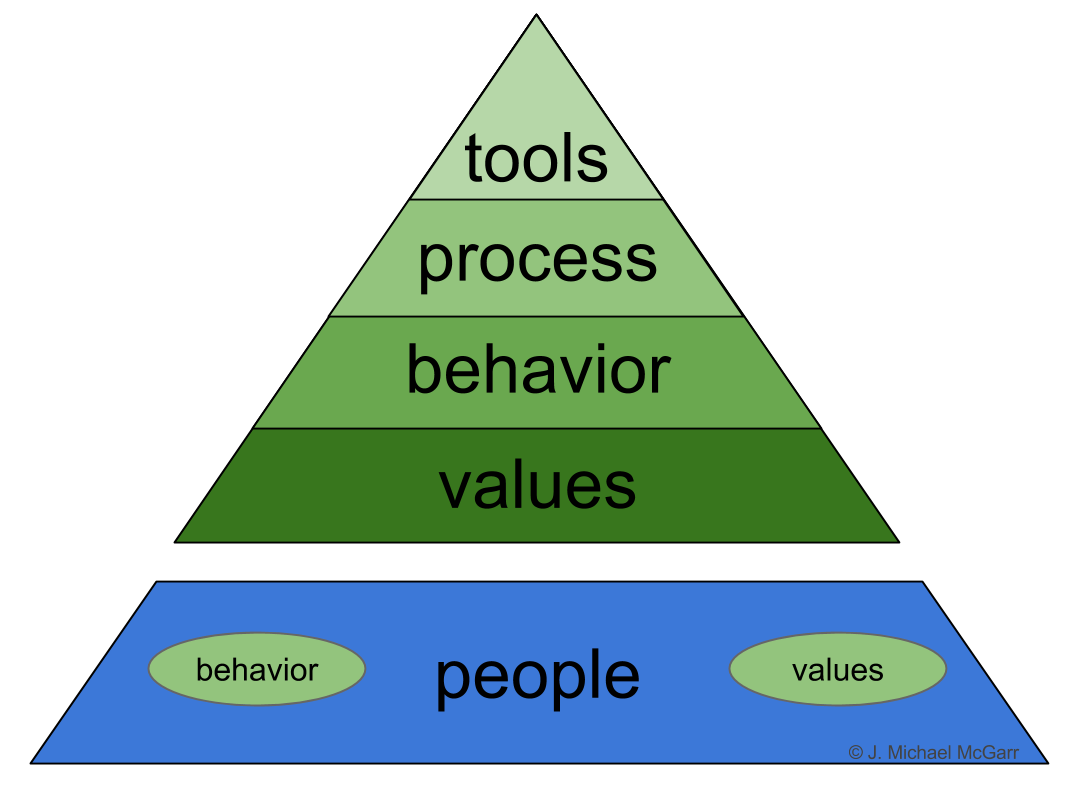 Being a visual learner, I had a strong desire to depict culture visually. The picture above is my attempt to do so. The green triangle on top represents the four elements of organizational culture: values, behavior, process and tools. The concepts lower on the pyramid are foundational to concepts higher on the pyramid.

Foundational to, yet separate from culture are it’s people. People are at the same time critical to shaping a culture, while possibly still being transient to that culture. Meaning, you can remove or add people to a culture and it’s values, behaviors, processes or tools need not change.

The rest of the post will dive deeper into each of these concepts.

As I stated earlier, culture can be viewed as the expected and accepted behaviors of the people within an organization. Let’s take a deeper look at what this means.

It’s possible that accepted behaviors conflict with an organization’s expected behaviors. An unfortunate common example is a culture that expects individuals to treat each other with respect, but sexist jokes are tolerated and possibly even encouraged.

Do you know what your company’s values are? Prior to my joining Netflix I can honestly say I paid little attention to my company’s values. I might have seen them in a document a few times a year, but they seemed unimportant to me. They felt like obvious social norms. And they all looked the same to me. But as I began to understand that culture was the source of my frustrations, I started to see how an organization’s values were important. I also realized that an organization’s documented values don’t always paint a complete picture.

If unstated values conflict with stated values, this could represent a problem for the culture. An organization that rewards behavior opposed to stated values indicates an unhealthy culture. Hopefully this is obvious to everybody. I will steal the example used in the Netflix culture deck of Enron. Nuff said. 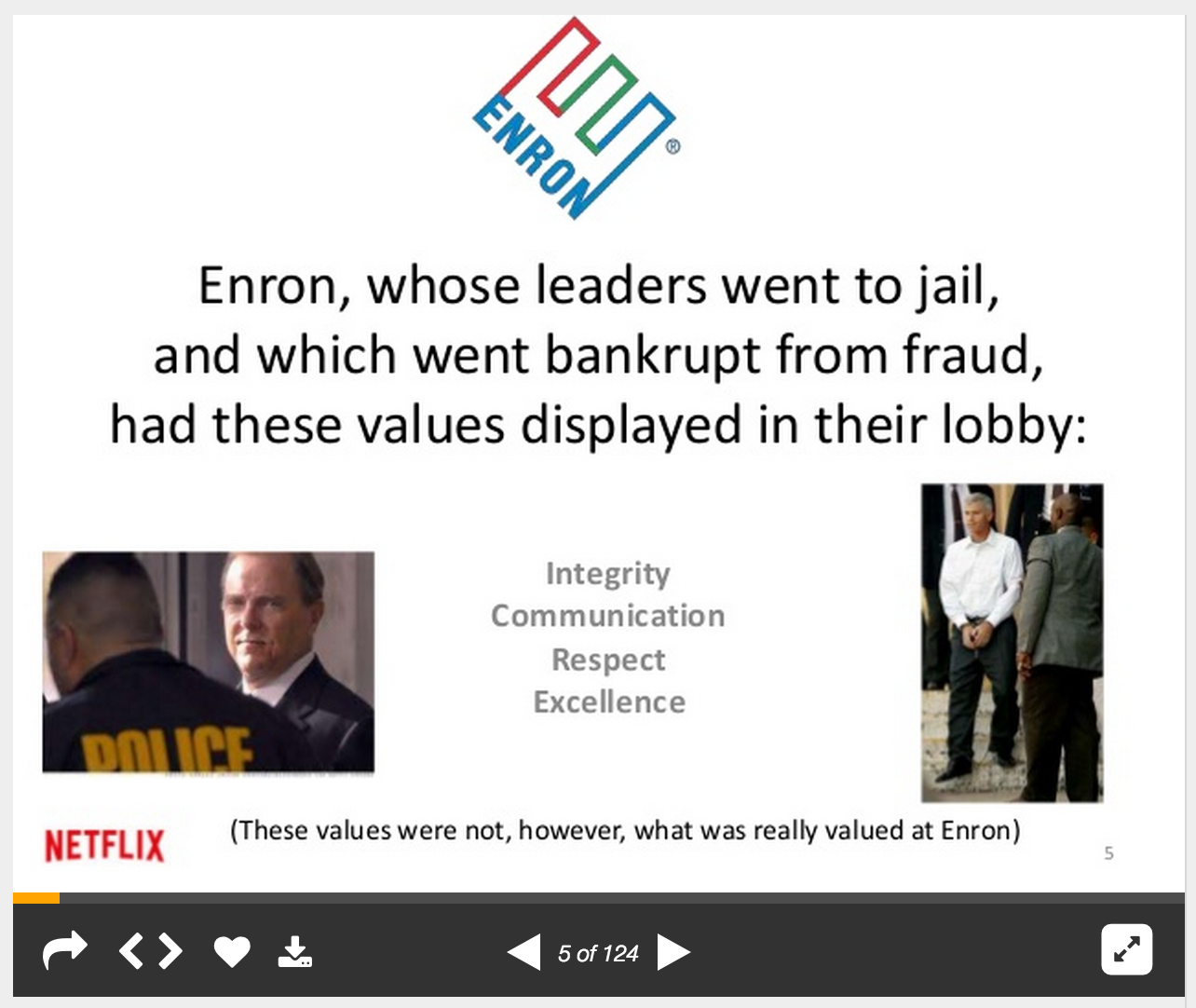 Unstated values that don’t conflict with stated values can be fascinating. Is this a sign that the company culture is evolving and stated organizational values haven’t caught up? Is this an indicator of a potent subculture spreading it’s values? Or is the organization unaware or unwilling to accept this emergent cultural value?

Values have little meaning until viewed through the lens of behavior within an organization. In fact, you should be able to derive an organization’s values based on the behavior witnessed within. Does the organization say they value honesty, integrity and selflessness, yet the company’s VPs stab each other in the back to get ahead? Are the most successful VPs the ones who lie, cheat and steal?. It’s obvious that this organization’s has unstated values of dishonesty and selfishness. Values not reinforced by any behaviors are just words.

Processes that are repeated and mission critical are candidates for automation via tools. Tools are important to ensuring processes are repeatable. Tools improve the efficiency of implementing processes. Tools can also simplify a process by abstracting the details.

Tools codify critical organizational processes. Processes are formalized expected behaviors that are critical to the organization’s operations. Behaviors are defined and reinforced by values.

Process and tools are likely the most well defined and understood aspect of an organization’s culture. They are the easiest to grasp and widely discussed. I will not dive into them any further in this post.

The most important people to the culture are those who leave

People are the most important element to maintaining a strong organizational culture. The people who make up your organization are responsible for continually reinforcing the culture. It’s the people within the organization that define what’s accepted behavior. 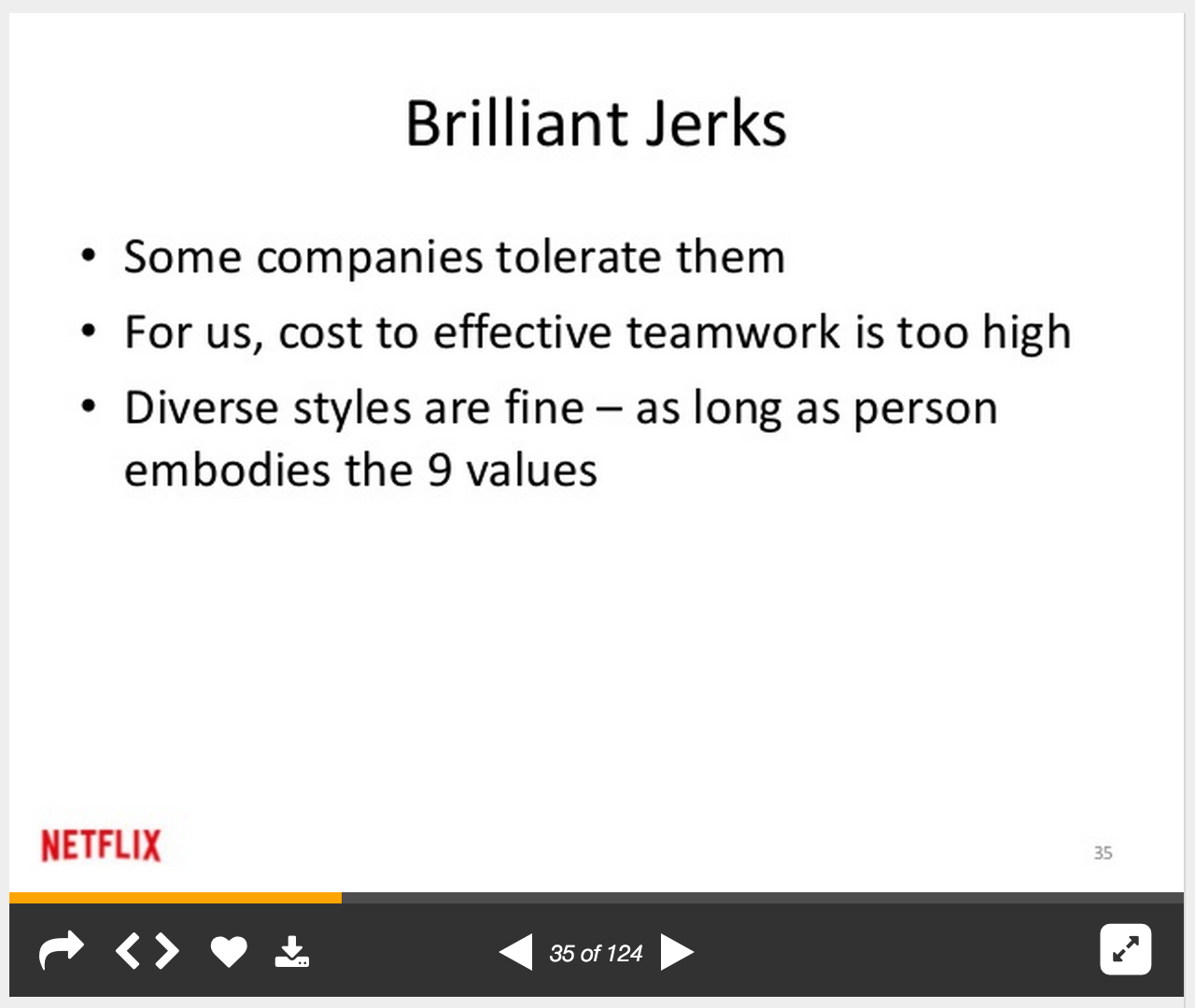 The whole is greater than the sum of it’s parts

All of these concepts (people, values, behaviors, processes and tools) swirl and collide, conflict with and continually reinforce an organization’s culture. You can understand part of an organization by looking at it’s tools, but it’s an incomplete picture. Understanding how to use these cultural concepts to change a culture is a topic for another time.